For the late crafters and the people who are wondering if they should craft something else besides the Auto Revolver, I present the comparison of the event weapons of Christmas 2017, as it is the custom.

The following comparison was made with all weapons as equipped by a lvl60 Fighter, using the following clothing:

First, the Auto Revolver comparison. What gives more DPS: a holster or a vest?

The following image shows both configurations using a high-stat vest and a high-stat holster: 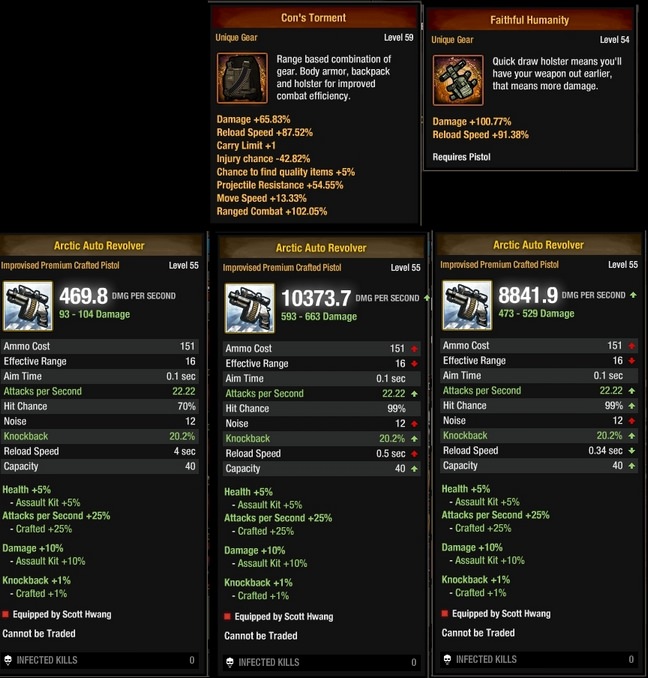 Second: What kit should I use with my Auto Revolver Craft?: 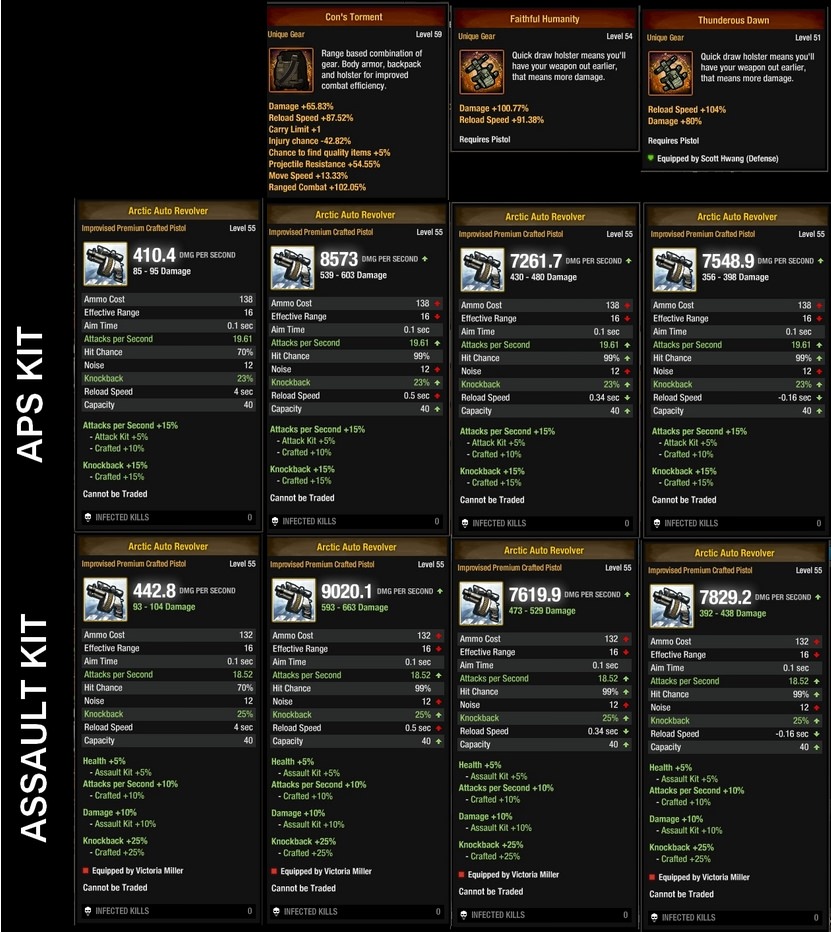 Of course, the Gunslinger kit is still the most desirable one to craft this weapon, since it will give the most APS.

Third: How does other crafts are when equipped?

As a final note for new crafters: please don't wait until the very last day to do your crafting, since it may end sooner for you because of timezone issues. I would recommend to finish all crafting at least 48 hours before the end of the event, to ensure you won't get stuck with all those components.,

Happy crafting to you all :)

Lana Woo
Oops, I almost forgot: feel free to post your own crafts and combinations, show off your max crafts, or give any advice or feedback that you think may be helpful to crafters. Cheers

To be honest, the reason why I never do gear comparisons is because you already know what you're going to get. You can decide if you want to craft as soon as you look at them, they don't change when equipped.

And yes, I do agree with everybody else that the backpacks are not very enticing.

Also tagged with one or more of these keywords: comparison, christmas, DPS