40 replies to this topic

Your idea is good and the 3 stage event is also awsome. But the 3 stage event as you said that the event has a boss but if we changed the event to like stage1 was only normal zombies and the survivors will have their time prepare to fight the zombie boss in the stage2. For the stage2 i had some ideas, the stage2 will came out a zombie boss along with others zombies OR a big horde of zombies more like the zombie rushing in the game but the zombie rush would be stronger than the normal zombie rush and harder to clear it. The stage3 will more same like you said to fight the elite Herc Boss. The Herc boss will like the commander of the crash copter or the elite of those Herc soldiers. The deadly minigun with high DPS, APS and KNOCKBACK will be equiped by the Heavily Armed Elite Herc Boss. The Heavily Armed Elite Herc Boss will not be alone, he will be aid by others herc soldiers on fighting the survivors.....

**This event will not be an EASY MISSION, if else the survivors would loot the UNIQUE and the PREMS easily** The Heavily Armed Elite Herc Boss will be more or less same like this two photos but eqipped with a deadly minigun. 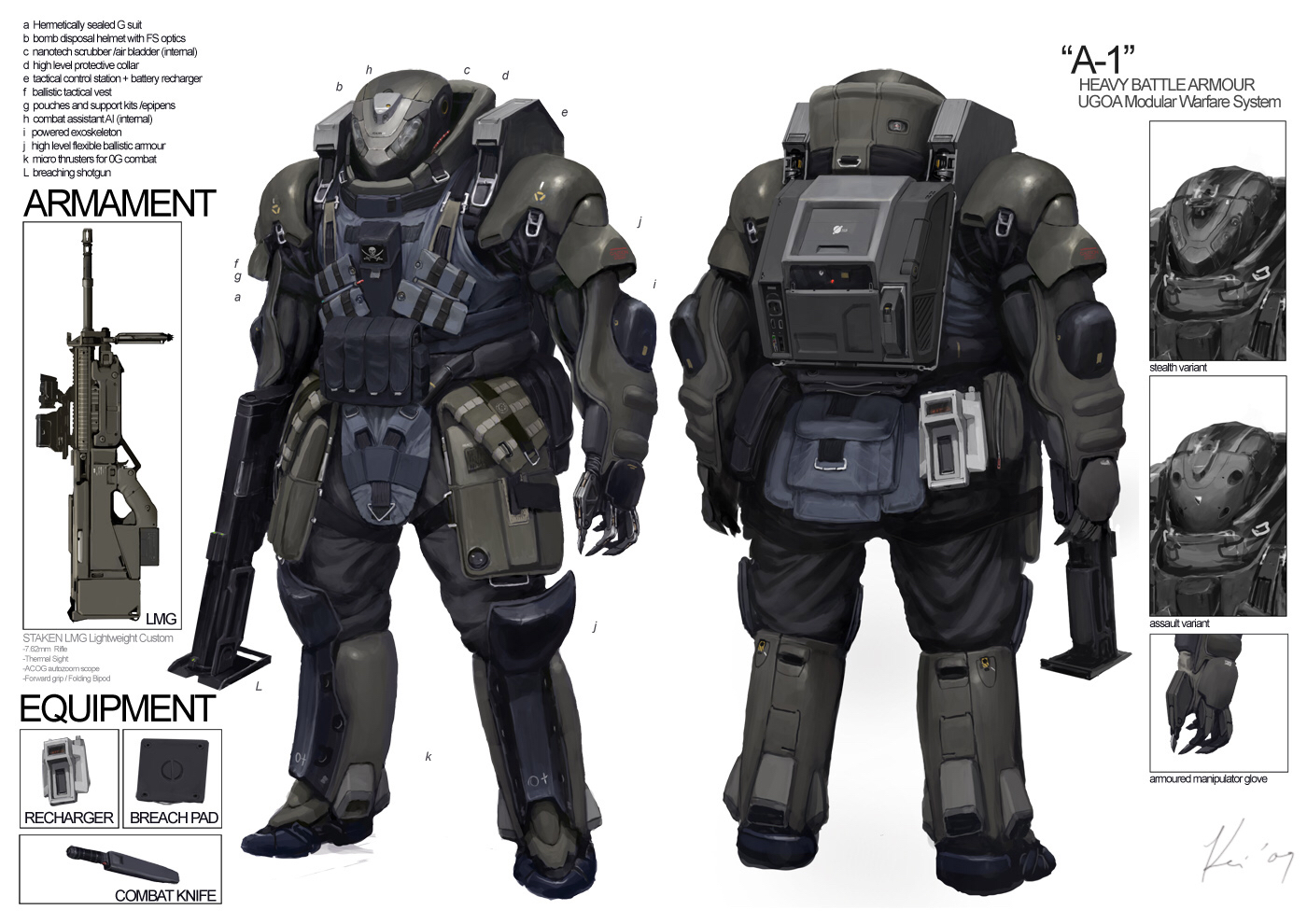 Basically the same idea I had, but nice idea for the visuals. Also, we could have not only high aps, kb and damage but also range and suppression, to force the player to work in teams to get up close.

I think 1000% we needed visuals to all be on the same page with what we want, and this is exactly what I envisioned for the Herc badass super soldiers. This would be awesome in game and even cooler to fight against.

On that note, yes I agree that this mission should not be like Island. Where on the regular I hear people asking: who even loots island anymore, they just run through. I beleive that it should always be a challenge if you are guranteed a unique. This would present a nice challenge, one the Con can easily change once implemented with tweaks to aps and damage of the bosses.

Back to Ideas
Reply to quoted posts     Clear