As usual, here's how the new event weapons look like when equipped.

Also, the following gear was used: 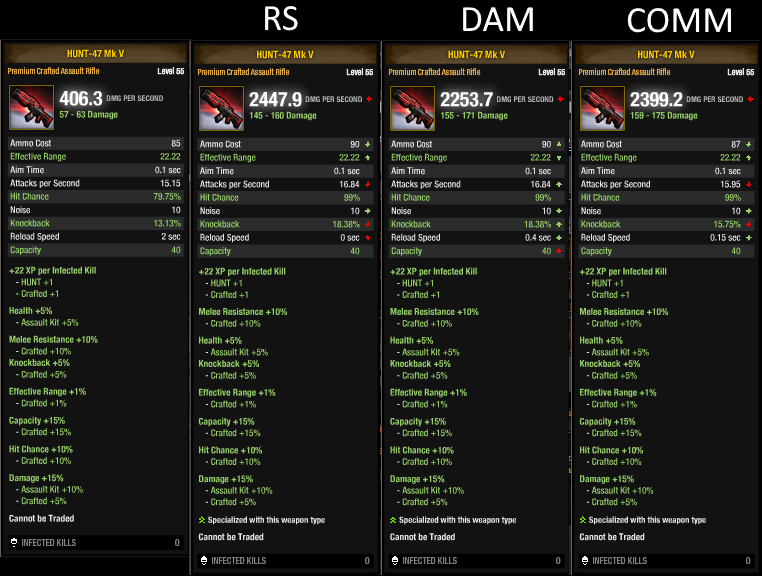 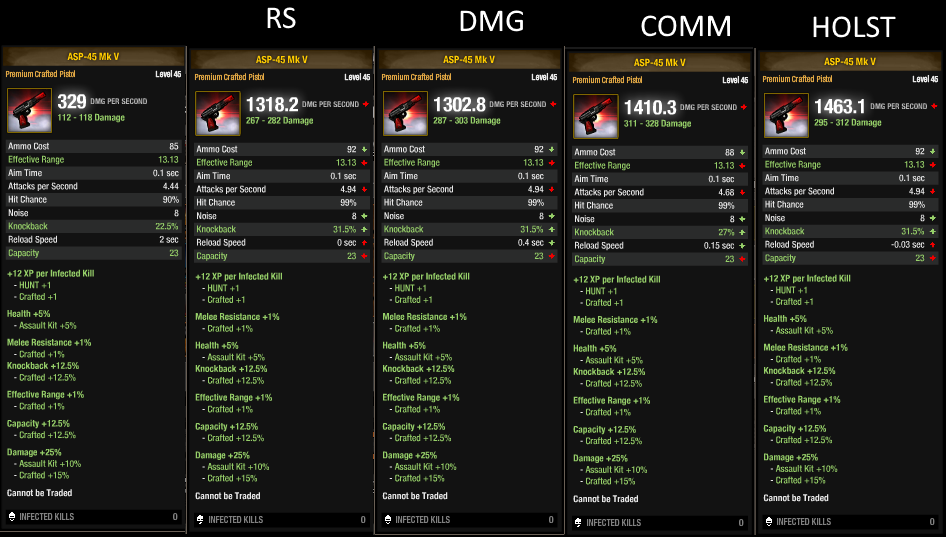 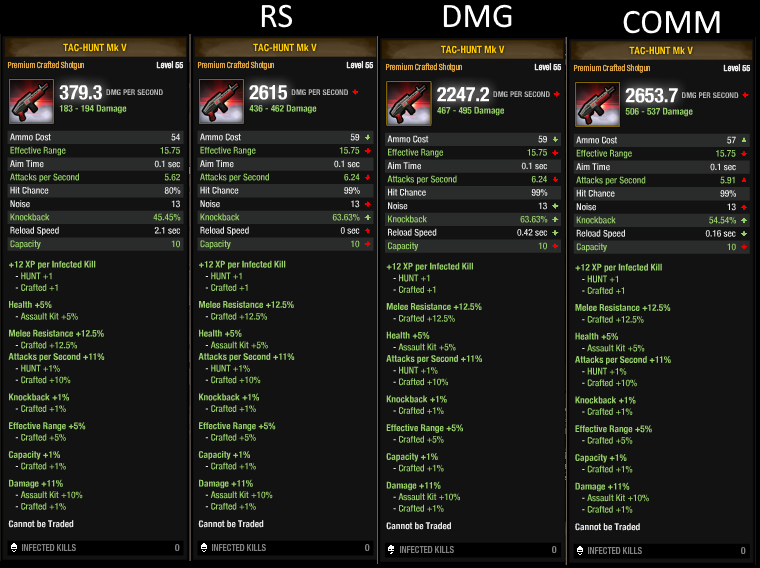 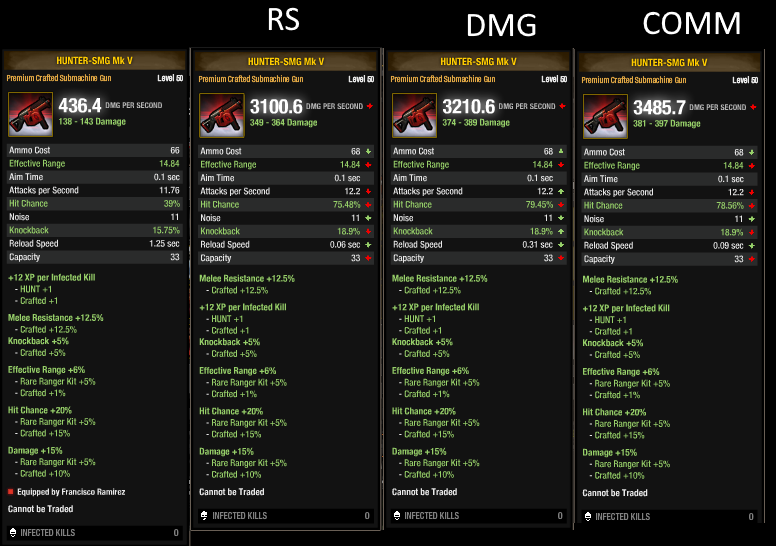 Here's the most DPS I could get out of the SMG, by giving it to my recon with the COMM gear: 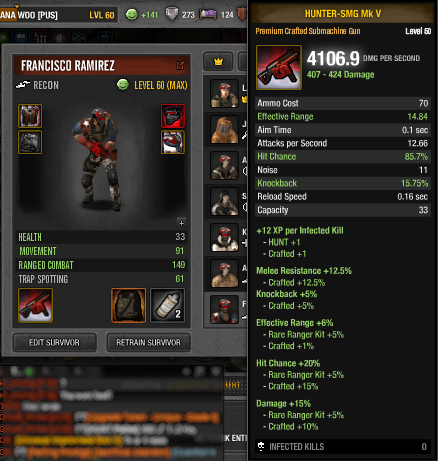 As a reference, here are some other weapons of the same type equipped with the same gear: 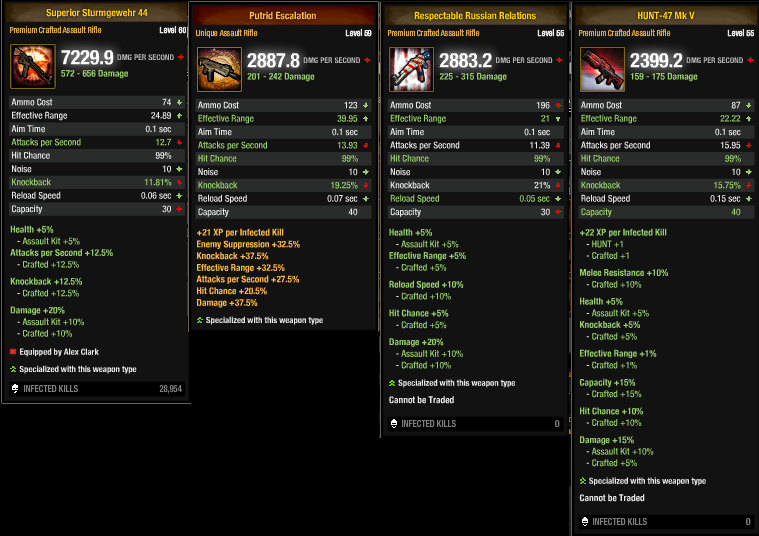 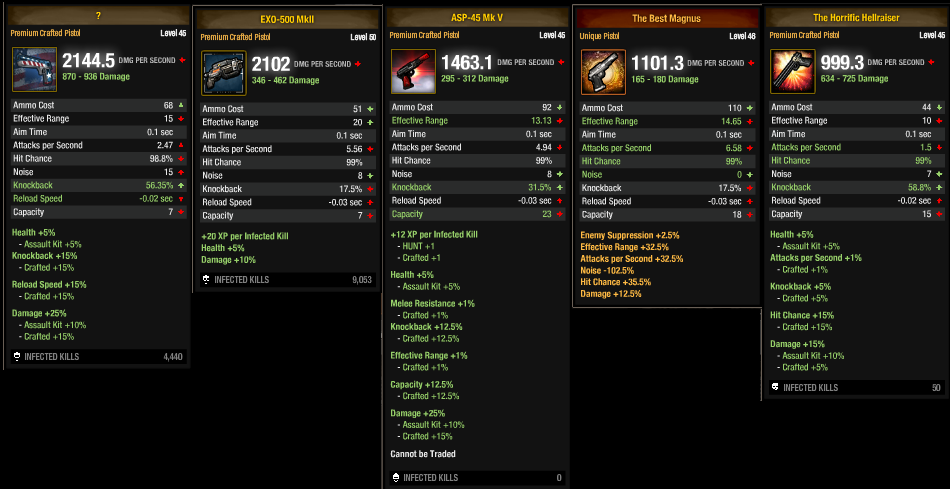 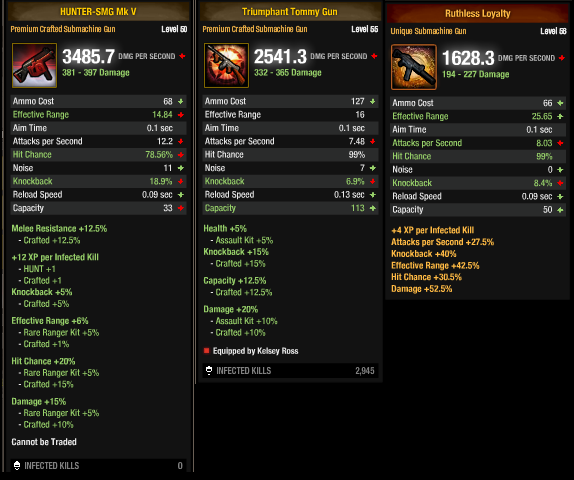 the SMG seems to be quite promising,

I've been looking for something for Medics, the low accuracy of the SMG gives it quite a lot of potential for DPS improvement when equipped,

if you had the time available would you be able to show the SMG equipped on a Medic?

currently I can only do it on Medics with an Arctic Pistol or a Red, White & Boom Boom Boom.

I never crafted a Sprayer either, I've heard they were pretty good at lower levels.

Here's how it looks like with my current loadout on a medic (a 50/62/85 Commando, a Terror mask 10/10 and a Hard Working Man with Swiftdraw); if you can give me the stats of the gear you intend to use with it I can make a more accurate job: 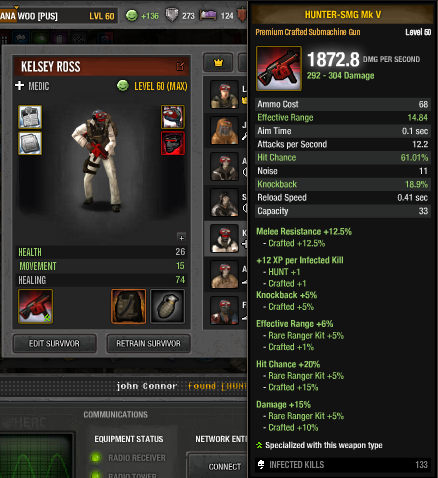 As a weapon for medics it's not very good it seems, mainly because this weapon benefits from it chance, and medics have low ranged combat. By the looks of it, a maxcraft in hit chance plus an Accuracy kit 10% may give you more DPS on a Medic than a Ranger kit. I think I will craft some for my other account before the end of the event to test this.

well you've used more hit chance tweaks than I have at my disposal,

I'd only have the ranged combat on a commando armor and 10% on a lucky mask,

your craft got a decent hit chance crafting boost too along with the ranger kit,

Medic's really are problematic when it comes to weapons, I think I'm best sticking with  the Arctic Pistol & R/W Boom's,

thanks for the post, you've saved me some fuel and heartache, for that I'm grateful,

Also tagged with one or more of these keywords: crafting, weapon, comparison, easter, 2019