As usual, there's a weapon comparison for this event.

The weapons appear as equipped by a Fighter lvl60 using the following clothing:

Firearms: Blind Justice and Workin' Class Man, both with +5% APS and +5% Reload Speed

The following gear was used: 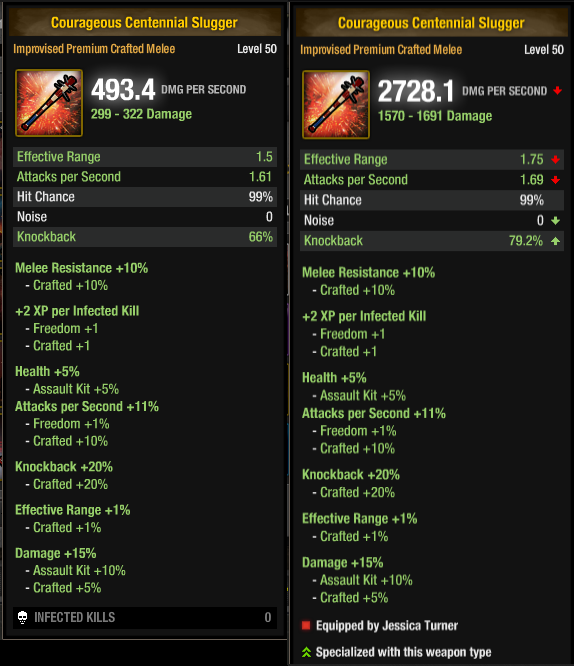 Also, the maximum DPS I was able to get from them next to some other event weapons. I used the following:

Clothing (both): Blind Justice and Workin' Class Man, both with +10% APS

Second wave, all gear and clothing is the same as the first wave: 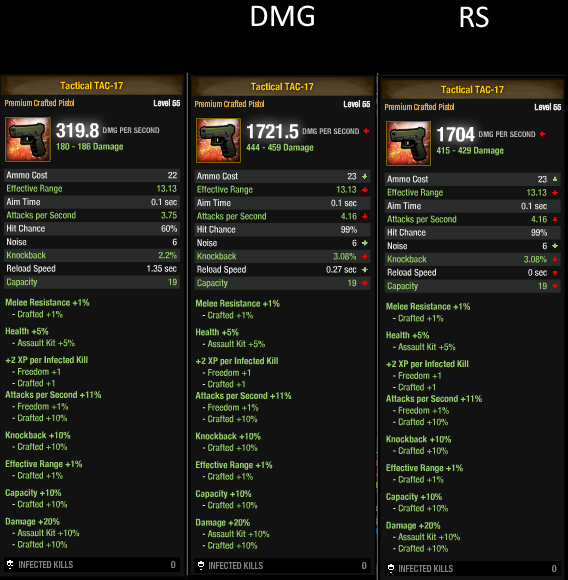 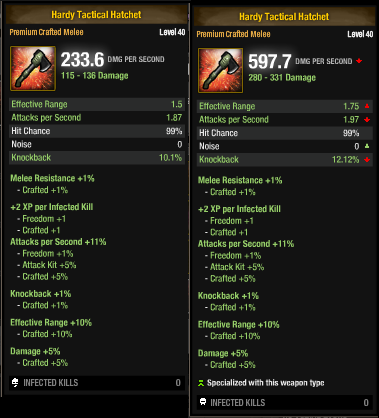 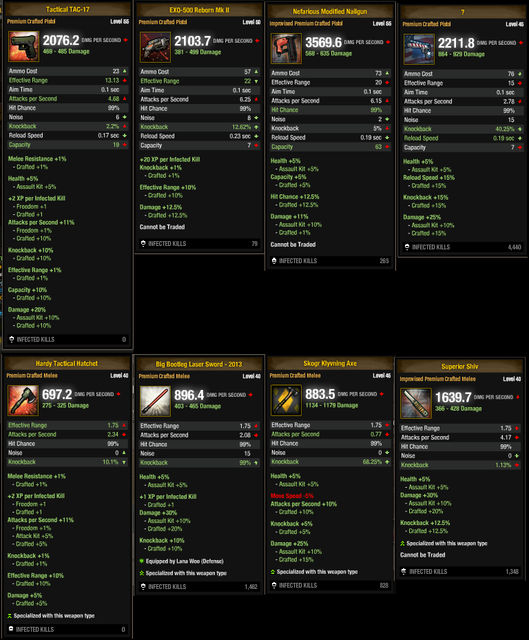 lana whooooo hi what gear you use??,

Sorry, I forgot. The gears used with the guns are all Commandos, and the ones used with melee are CQBs:

Also tagged with one or more of these keywords: 4th of July, comparison, weapon, event, crafting